The National Association for Stock Car Auto Racing (NASCAR) is an American auto racing sanctioning and operating company that is best known for stock-car racing. Its three largest or National series are the NASCAR Cup Series, the Xfinity Series, and the Gander Outdoors Truck Series. Regional series include the NASCAR K&N Pro Series East and West, the Whelen Modified Tour, NASCAR Pinty’s Series, NASCAR Whelen Euro Series, and NASCAR PEAK Mexico Series. NASCAR sanctions over 1,500 races at over 100 tracks in 48 US states as well as in Canada, Mexico, and Europe. NASCAR has presented races at the Suzuka and Motegi circuits in Japan, and the Calder Park Thunderdome in Australia. NASCAR also ventures into eSports via the PEAK Antifreeze NASCAR iRacing Series and a sanctioned ladder system on that title.

The privately owned company was founded by Bill France Sr. in 1948, and Jim France has been CEO since August 6, 2018. The company’s headquarters is in Daytona Beach, Florida. Internationally, its races are broadcast on television in over 150 countries.

The NASCAR Cup Series (NCS) is the sport’s highest level of professional competition. It is consequently the most popular and most profitable NASCAR series. Since 2001, the Cup Series season has consisted of 36 races over 10 months. Writers and fans often use “Cup” to refer to the NCS and the ambiguous use of “NASCAR” as a synonym for the series is common. The 2019 NCS Champion is Kyle Busch. The record for most championships is 7, held by three drivers: Richard Petty, Dale Earnhardt, and Jimmie Johnson. Johnson has the record for most consecutive with five consecutive Cup Series drivers’ championships from 2006 to 2010. Previously, the most consecutive championships had been three in a row by Cale Yarborough in the late 1970s, the only other time when a driver has won three or more NASCAR Cup Series championships in a row.

The NASCAR Xfinity Series is the second-highest level of professional competition in NASCAR. The most recent series champion is Tyler Reddick in 2019. The modern incarnation of this series began in 1982, with sponsorship by Anheuser-Busch Brewing’s Budweiser brand. In 1984 it was renamed to the Busch Grand National Series, then later just the Busch Series. The Anheuser-Busch sponsorship expired at the end of 2007, being replaced by Nationwide Insurance from 2008 to 2014, and the series is now sponsored by Comcast through its Xfinity brand.

The NASCAR Gander Outdoors Truck Series features modified pickup trucks. It is one of the three national divisions of NASCAR, together with the NASCAR Xfinity Series and the Monster Energy NASCAR Cup Series. The most recent series champion is Matt Crafton in 2019; it was Crafton’s third championship in the series. 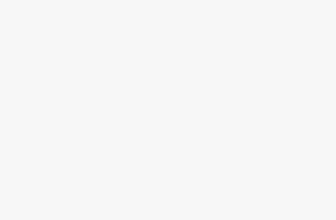